11 Ways to Reduce your Carbon Footprint in Under 5 Minutes 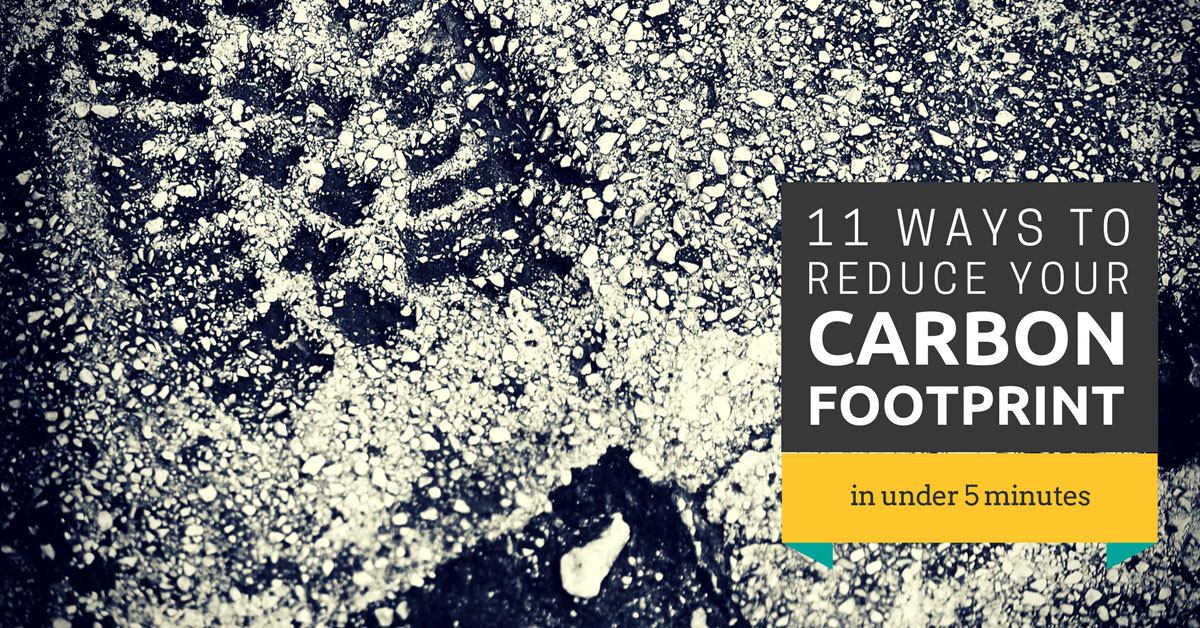 Carbon dioxide, the leading pollutant of global warming, has a devastating effect on the planet. Carbon pollution is causing the earth’s surface temperatures to rise, glaciers to melt, oceans to acidify, and extreme weather events to increase in occurrence. The scientific evidence behind global warming is unequivocal.

Climate change mitigation requires action on a global scale - but what can you do about it on a personal level?

We have a collective responsibility to take action against climate change and adapt our lifestyles in ways that reduce our carbon impact. The path to carbon neutrality begins with how we live our lives, so that’s why we’ve put together this list of 11 simple actions you can take to reduce your carbon footprint, all in under 5 minutes.

Obviously utilising public transport over a car is the most carbon efficient way to travel, but if you can’t manage without a car, adjusting your driving habits can also help to reduce your carbon footprint.

A change in driving habits could save you up to 30% of the distance you get with each litre of petrol. Anticipate road conditions, accelerate slowly and smoothly, avoid heavy braking and stay at or under the speed limit. Keeping your car properly maintained also helps; ensure your tyres are inflated (this can save up to 315 kg of CO2 annually) and replace your oil, air and fuel filters according to schedule.

2. Adopt a vegetarian diet, try meat-free days, or cut down on beef 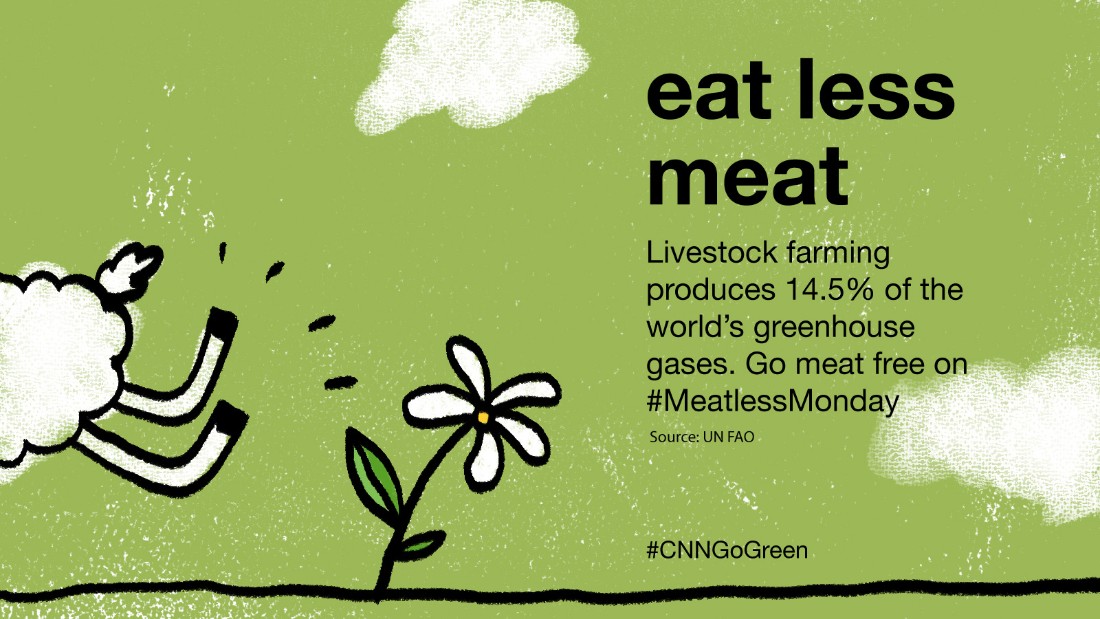 Eating a meat-free diet cuts an individual’s carbon footprint by an average of 820 kg of carbon dioxide annually, which is roughly four times the amount of reduction as recycling as much as possible. In fact, if everyone on the planet switched to a vegetarian diet, we’d cut our carbon emissions by two-thirds overnight.

Understandably, adopting a vegetarian diet is a considerable lifestyle change, so if this sounds too much of a challenge, you can cut back on carbon emissions by eating more vegetarian meals each week.

Choosing vegetarian meals over beef can also help you reduce your CO2 emissions considerably – according to the United Nations, producing livestock generates as much climate pollution each year as the exhaust emissions from all the vehicles in the world, whilst beef is about 34 times more pollution-intensive than legumes.

Consider food miles when making food choices. Food that’s transported over vast distances means more carbon emissions to reach your dinner table, especially if transported by air instead of being shipped. Locally grown produce can help cut down on ‘food miles’ as seasonal food doesn’t require importing, and reduces the need for energy-intensive methods of transportation and storage, such as refrigeration and air-freighting.

At the same time, these foods tend to have less nutritional value. Look for local farmers markets, food cooperatives and community gardens to buy your fresh produce. Furthermore, buy organic produce where possible. Organic production methods are generally less energy-intensive as they don’t require artificial fertiliser, which needs a large amount of water and energy to produce. Reduce your carbon footprint by buying local, less processed foods, growing your own produce, and cooking from scratch. 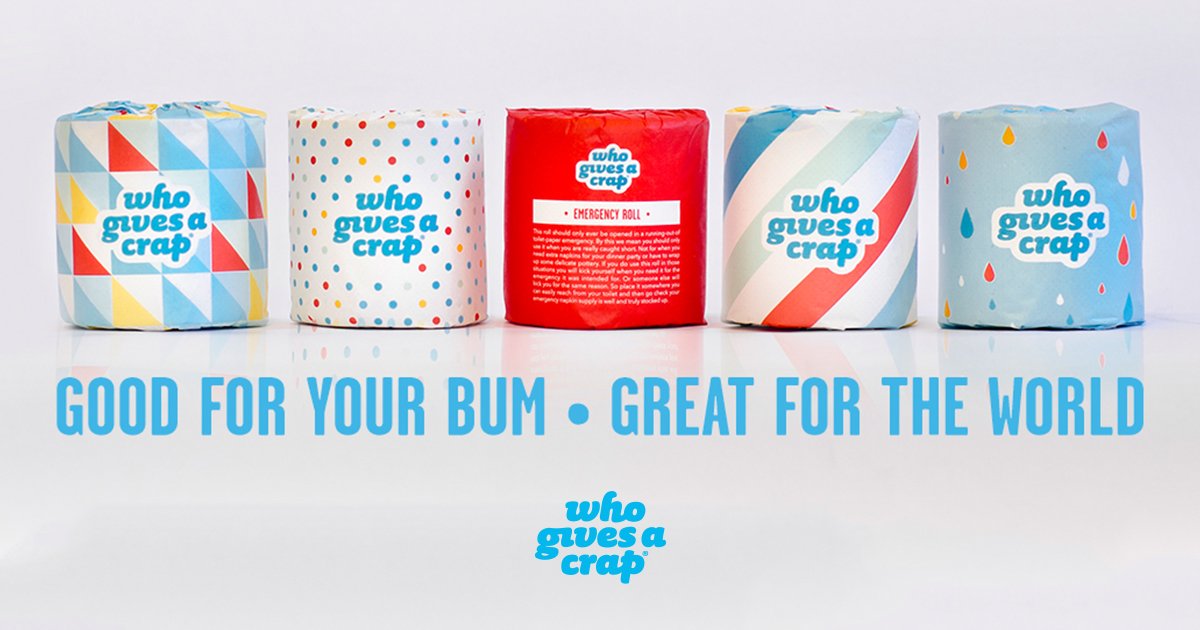 Source: Who Gives A Crap

Making smarter decisions as a consumer can help save the planet. For example, switching to a more carbon-efficient toilet paper brand such as Who Gives a Crap can reduce your carbon emissions while supporting sanitation projects around the world. Look for ways to shop smarter as a consumer to reduce the emissions in the products you use, and you’ll reduce your carbon footprint.

If you like to get your first 3 month’s supply of Who Gives a Crap TP on us, switch in October as part of #StopAdani Month, and convince a friend to do the same.

Gaps around doors, windows, skirting boards, and floorboards allow heat and cooling draughts to escape. Whether you’re switching on the air conditioner in summer or heating your indoor spaces in the winter time, you can save on energy by sealing your home properly. Seal doors and windows with weather strips, beading, sealants, or rubber seals to keep leakage to a minimum.

Similarly, close the curtains in both winter and summer time. In winter, your curtains can act as an extra layer of insulation to keep the heat in and the cold out. In summer, the curtains can insulate your home from the sun’s rays and reduce the amount of energy required to keep your indoor spaces comfortably cool.

7. Switch to reusable cups for your daily coffee 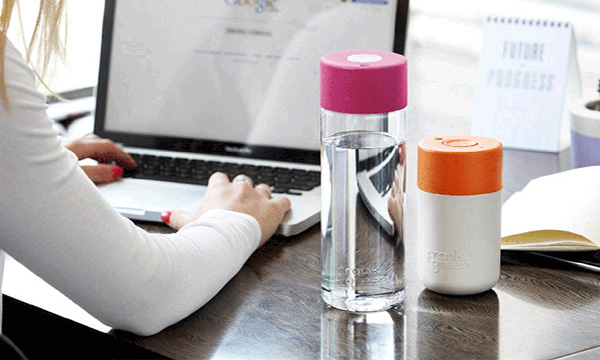 It's now widely known that single-use coffee cups are largely unrecyclable, due to the polyethylene layer in the lining of the cup which makes them waterproof. This means that they aren’t biodegradable, nor can they be recycled alongside paper or cardboard.

Australians use an estimated 1 billion cups every year, with this type of disposal packaging contributing to landfill and adding to carbon emissions. If you have a daily takeaway coffee, have you stopped to think about the number of paper cups and plastic lids you’re tossing away each year?

Carbon-conscious Australians are now taking responsibility for their caffeine addictions by investing in BYO reusable coffee cups. Make the switch to a reuseable cup like a KeepCup to help divert billions of disposable cups from landfill.

8. Work from home when you can

Businesses are in a unique position to help their employees reduce their carbon emissions on a large scale. For example, in 2012, Dell launched its “2020 Legacy of Good Plan” which includes a work-from-home initiative that has led to a reduction of 6 million tonnes of CO2 annually.

Employers often recognise the cost and productivity benefits of allowing staff members to accumulate flex time, so opt to work from home if you can. Telecommuting saves you and the environment a significant amount of carbon emissions, and you’ll save hours on your commute (not to mention the stress of sitting in traffic during peak-hour periods!).

9. Opt for teleconferencing over business trips

Air travel is a massive contributor to carbon pollution, producing between 3% and 8% of the world’s total emissions. And, with air travel increasing at a rate of  4-5% per year, emissions are forecast to increase considerably. Research shows that despite anticipated efficiency innovations, the airline industry doesn't yet have commercially available low-carbon fuel options, and probably won’t for many years to come.

Given forecasts of growth in aviation emissions, it’s important to consider the impacts of air travel, including short domestic business trips. For example, one economy class flight from Sydney to Brisbane produces a massive 381 kg of CO2 per seat. By forgoing just one domestic business trip each year, you could save hundreds of kilograms of carbon dioxide emissions.

With super-high-speed broadband and reliable teleconferencing technologies, organisations can easily replace business trips with teleconferences. Meeting virtually lets you and your employer save time and travel costs without compromising on productivity and collaboration benefits. Next time you’re asked to take a business trip, raise the possibility of conducting virtual meetings instead.

10. Divest your super away from fossil fuels 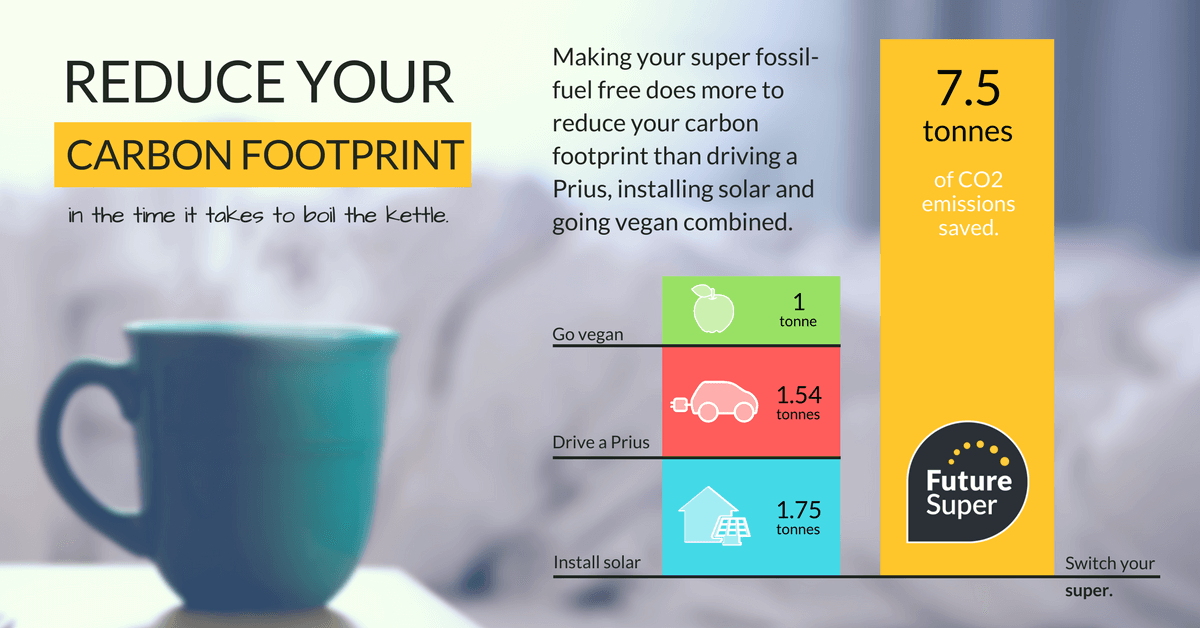 Yet another easy way to cut back on emissions is exercising your power as a consumer. For example, instead of empowering polluting companies with your hard-earned money, grow your retirement nest egg without harming the environment.

Opt for an ethical fund like Future Super, which doesn’t invest in fossil fuels or other unethical industries like live animal export and tobacco. Your money will be growing as it empowers ethical sectors like renewable energy, healthcare, and efficient transport.

The switch only takes 2 minutes and the impact is enormous; divesting your super can protect the climate more than driving a Prius, installing solar and going vegan combined.

11. Ask your bank and university to go fossil fuel free

Similar to moving your super out of a fund that supports the fossil fuel industry, you can also make the choice to divest your money from banks that support fossil fuels, as well as campaign to urge your university to divest away from fossil fuels.

Since 2008, Australia’s major banks have loaned an enormous $70 billion dollars to various fossil fuel projects, including coal and gas export ports on the Great Barrier Reef and large coal mines. These harmful projects involve carbon-intensive activities that contribute to massive amounts of pollution. By taking a few minutes to switch your bank or petition your university to divest, you not only instantly reduce your carbon footprint, but also send a powerful message to companies that support fossil fuels.

Most people agree that to combat global warming and climate change, a variety of actions need to be taken, on both a small and large scale. Luckily, on a personal level, these simple lifestyle tweaks can result in profound impacts to your individual carbon footprint. Try one of these five-minute hacks to start reducing your carbon footprint today.