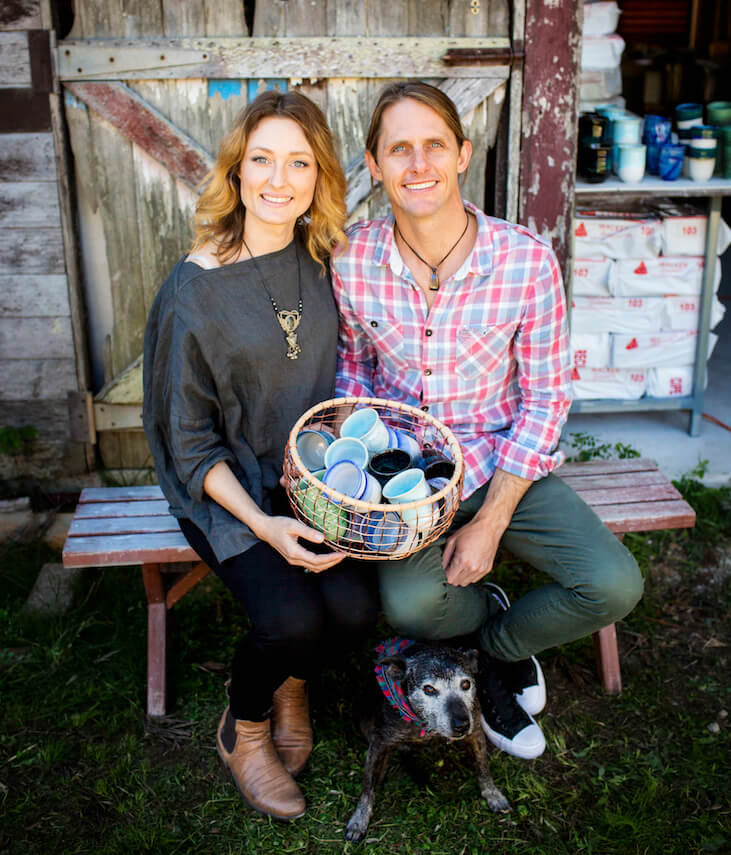 Renton and Clare from Pottery for the Planet

I’m a regular coffee drinker. Like so many of us, a bleary-eyed brew in the morning and a cup on a full belly after lunch are ingrained into my routine. The recent push towards recyclable and reusable coffee cups is a sensational improvement on what once was quite a wasteful habit of mine, making my morning cuppa portable and my afternoon joe wasteless. You can now find cups of all shapes and sizes, made of anything from plastic to glass to clay. We are proud as caffeinated punch that two of our members, Renton Bishopric and partner Clare Botfield, are leading the charge in this fight against single-use plastic with their outstanding business Pottery For The Planet.

In 2013, the Queensland couple started focusing on sustainable products and began making what are now affectionately known as 'Planet Cups', bespoke ceramic coffee cups that are as durable as they are beautiful. Cups are made on the pottery wheel, dried and then bisque fired in the kiln, before glazing them in a selection of colours and firing them for a final time. The intricate process by which they are made means each Planet Cup is entirely unique. 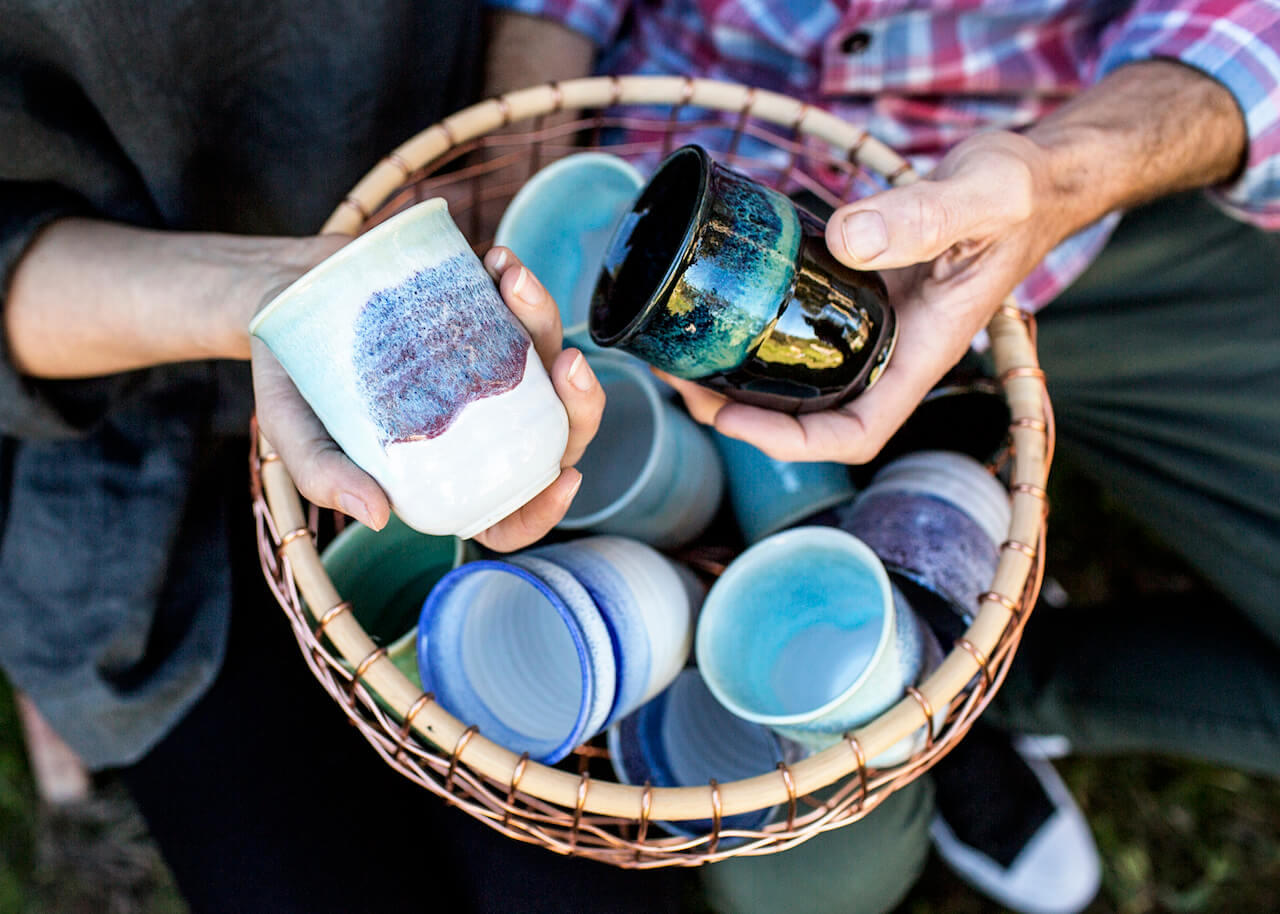 Beautiful clay pottery from Renton and Clare's Pottery for the Planet

Their big break came when Craig Reucassel’s ‘War on Waste’ series aired on ABC in early 2017, spurring people to swap single-use cups to reusable keep-cups. “‘The War on Waste’ highlighted to people who were already aware that they could do a lot more than they were already doing, and this became the tipping point for the rapid shift that we have seen happen away from single-use products,” Renton said.

With single-use cups on the way out and reusable alternatives gaining popularity, Renton said ‘Being aware of your environmental footprint became something that people could not avoid noticing. It’s a win-win for the planet and the people.”

‘Our personal goals and our business goals are focused around a commitment to sustainable practice and reducing human footprint. Our ethos is about changing culture to get people to move toward more sustainable practice in every aspect of their life,’ says Clare Botfield. ‘Whether it’s reducing plastic waste and recycling or committing to sustainable super, there are so many ways in which we can make a difference.’ 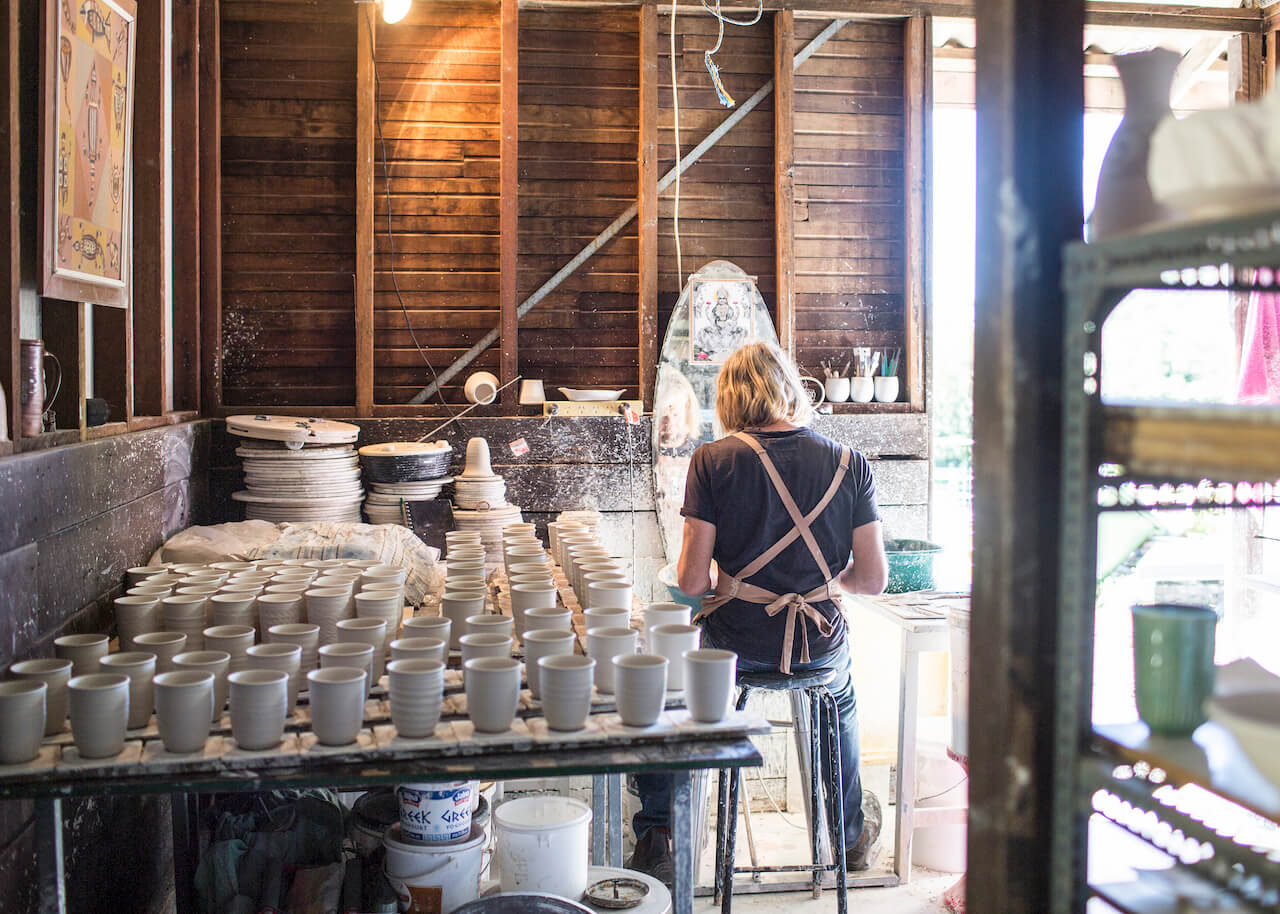 Renton in their Queensland Pottery for the Planet workshop.

‘Our first major choice and step towards sustainability was in 2014 when Bendigo Bank went fossil free. ‘We signed up to the mass movement away from the big banks who were funding major resource projects’ says Clare. ‘We moved all of our banking over to them and since then we have jumped onboard initiatives such as Future Super, becoming business sponsors of the Australian Marine Conversation Society and more. It is a really rewarding journey we are on in that sense and although our business focus is on reducing waste, there is no point in reducing waste if all of your savings are tied up unethical and non-renewable companies.’

Pottery For The Planet now has over 200 stockists throughout Australia making it very easy to find yourself the perfect coffee cup in your local area. Check them out for yourself!

To join them on their journey find them on Instagram @potteryfortheplanet.