California Dreamin’ (of board diversity) 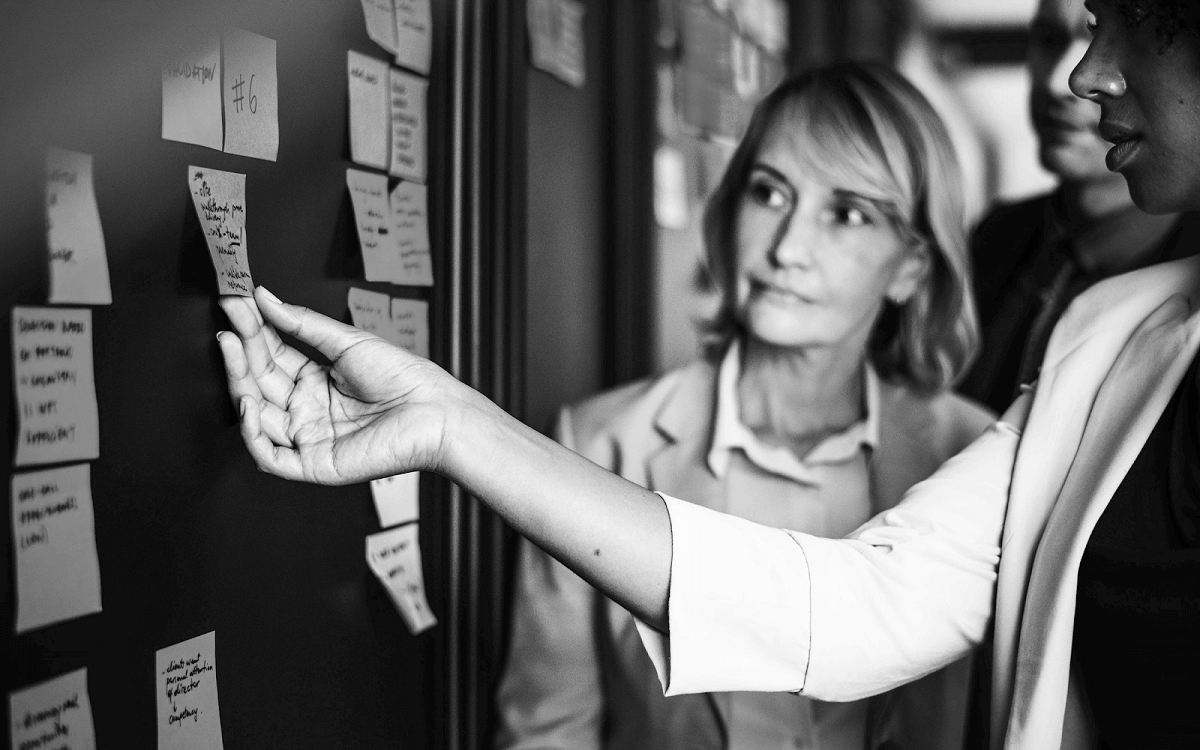 Some of the changes Governor Jerry Brown has recently signed into legislation on his way out the door after his fourth term as Californian Governor could give you whiplash (or worse, hope) when compared to some of what’s going on in Washington at the moment.

Mr. Brown has been in the spotlight over recent years (even if his name doesn’t ring a bell) pushing for ‘sanctuary state’ status, directing state law enforcement to refuse assistance to federal immigration agents and inspect immigration detention centres. Over the past few months he’s been building up a solid portfolio of justice reform and has been a beacon of hope for climate change activists frustrated by the Federal Government’s stance on the fossil fuel industry, signing a number of bills to incentivise clean energy and electric car usage, as well as requiring all electricity in California to be carbon-free by 2045.

On his last day in office he also signed a bill requiring all publicly listed companies headquartered in California to have at least one female director on their Board of Directors by the end of 2019. This expectation is expanded to at least 2 women included on Boards of 5 members, or 3 for Boards with 6 or more members, by the end of July 2021.

While Mr. Brown acknowledged that the law may not survive legal challenges, despite attracting 80% approval from women in California, he noted in his signing statement that “recent events in Washington, DC – and beyond – make it crystal clear that many are not getting the message.”

The fact he sent that same statement to the Committee that voted to recommend the now confirmed Brett Kavanaugh’s nomination to the Supreme Court despite allegations of sexual assault last week gives us insight into what “the message” is.‍ 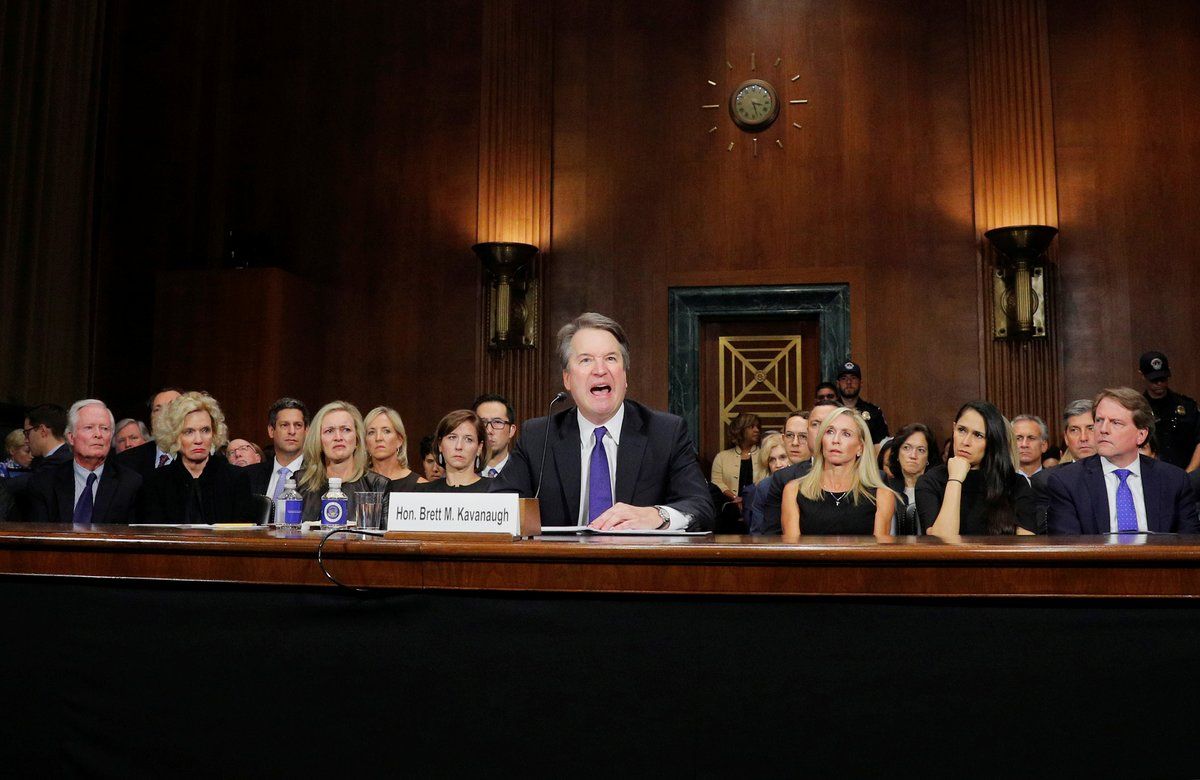 Women’s voices need to be heard

The idea that women’s opinions hold less value has been taken apart a thousand times before. What we’re here to talk about isn’t simply an argument about the immorality of excluding people whether for their age, gender, race or sexual orientation.

It’s the power of diverse experiences and viewpoints to help companies perform better.

MSCI runs a series of reports (Women on Boards Progress) which have shown consistently that companies deliver better returns for shareholders when boards have at least 3 female directors. AXA IM also found a link between boardroom gender diversity and the ability of companies to maintain an ongoing competitive edge, which means that those companies are able to consistently deliver products and services that are more appealing and profitable than their competitors.

That makes sense when you imagine a group of white, male, baby boomers trying to understand (let alone predict) the rapidly changing technology underpinning many of the shifts we’re seeing in the economy at the moment.

Compare that to a board that includes women, people of different ages and cultures. How much more effective would they be at understanding what’s going on in the marketplace?

It turns out the answer is: way more effective.

Companies with all-male boards have been found to perform worse than their industry average on a number of levels. At times it’s unclear if the issues are symptoms of the problem or causes, but they do occur consistently, namely: worse economic performance, lower employee productivity and satisfaction, less effective talent management policies, and worse risk assessments and decision making (Proceedings of the National Academy of Sciences).

Facebook’s ideological echo chambers haven’t got anything on an all-male board.

How can a company be trusted to work through the harder issues of inequality, like gender pay gaps and ensuring their products have broad appeal, if they refuse to engage with the most simple and easy wins like ensuring their boards are a diversified group of qualified people? Especially with well established business cases for making this change?

When you look at the financial repercussions of insisting on keeping boardrooms pale, male and stale, it makes sense for the Governor in charge of the 5th largest economy (beating most countries including the UK) to stack the odds in favour of stronger local performance.

It also makes sense for investors from all walks of life to consider board composition as part of their investment criteria, since the evidence points to a bottom line impact. That includes anyone with a superannuation fund.

Our co-founder and Director (and my boss) Adam Verwey reflected on this at the start of the year and made a number of commitments to our members as to how Future Super planned to address this issue (read the article here). At the time we committed to engaging with companies, divesting from Australian companies with all-male boards, and supporting the creation of ethical investment products with gender diversity screens.

We’ve done all of that and more.

We have continued to engage with Australian companies on gender diversity, and following a combination of divestments and companies appointing women to their boards, our full portfolio of Australian investments now meet our gender diversity screen. We met our deadline of May 2018 as well!

Engaging with companies with all male boards

We have continued to engage with Australian companies on gender diversity and have begun the process of engaging with international companies on this issue. It’s been heartening to see greater awareness of the need for greater board diversity in the Japanese market, including both the Tokyo Stock Exchange and Financial Services Agency making recommendations encouraging companies to improve their board diversity. We’ll continue to work with these companies in considering their options, however ultimately if we do not see significant progress they will be caught up in the changes to the Betashares Global Sustainability Leaders ETF (ASX code ETHI) screening process outlined below.

We’re not only an investor in the Betashares Global Sustainability Leaders ETF (ASX code ETHI), but also a contracted service provider responsible for the ethical screens for the fund. We are working with Betashares on updating the methodology for this ETF to include a board gender diversity screen at the next annual rebalance. With more than $250 million in managed assets, this sends a strong statement about the importance of board diversity to Australian ethical investors.

Supporting research that improves the quality of debates on gender equality

Board gender diversity is an important hallmark of progress for women’s access to fair and equal opportunities in the workplace. That being said, workplace gender equality doesn’t begin and end in the boardroom, and companies, legislators, and investors need more information on the ways other issues impact companies and their gender equality activities.

One example of this is the gender pay gap, which is still alive and kicking in 2018 (to the surprise of none of our readers, I’m sure). Future Super sponsored a report from the Australasian Centre for Corporate Responsibility (ACCR) and CAER to investigate the quality of Australian companies and legislation in managing this issue, which has since been nominated for the best investor relevant ESG research, which is awarded by the Responsible Investment Association of Australasia (RIAA).

At Future Super we also keep our own house in order, so we’ve been looking at what we can do better. As part of that project we’ve completed an audit on our hiring process, internal superannuation policies, and gender pay gap to ensure our processes are supporting staff from all walks of life and Future Super is benefiting from a diversity of experiences and knowledge.  We’re also happy to have recently confirmed Kirstin Hunter as a Director, which brings our board composition to 33% women. We’ve even developed and rolled out a new offering for our members, Baby Bump, which supports new parents on parental leave and is designed to help address the gender inequality endemic to superannuation.