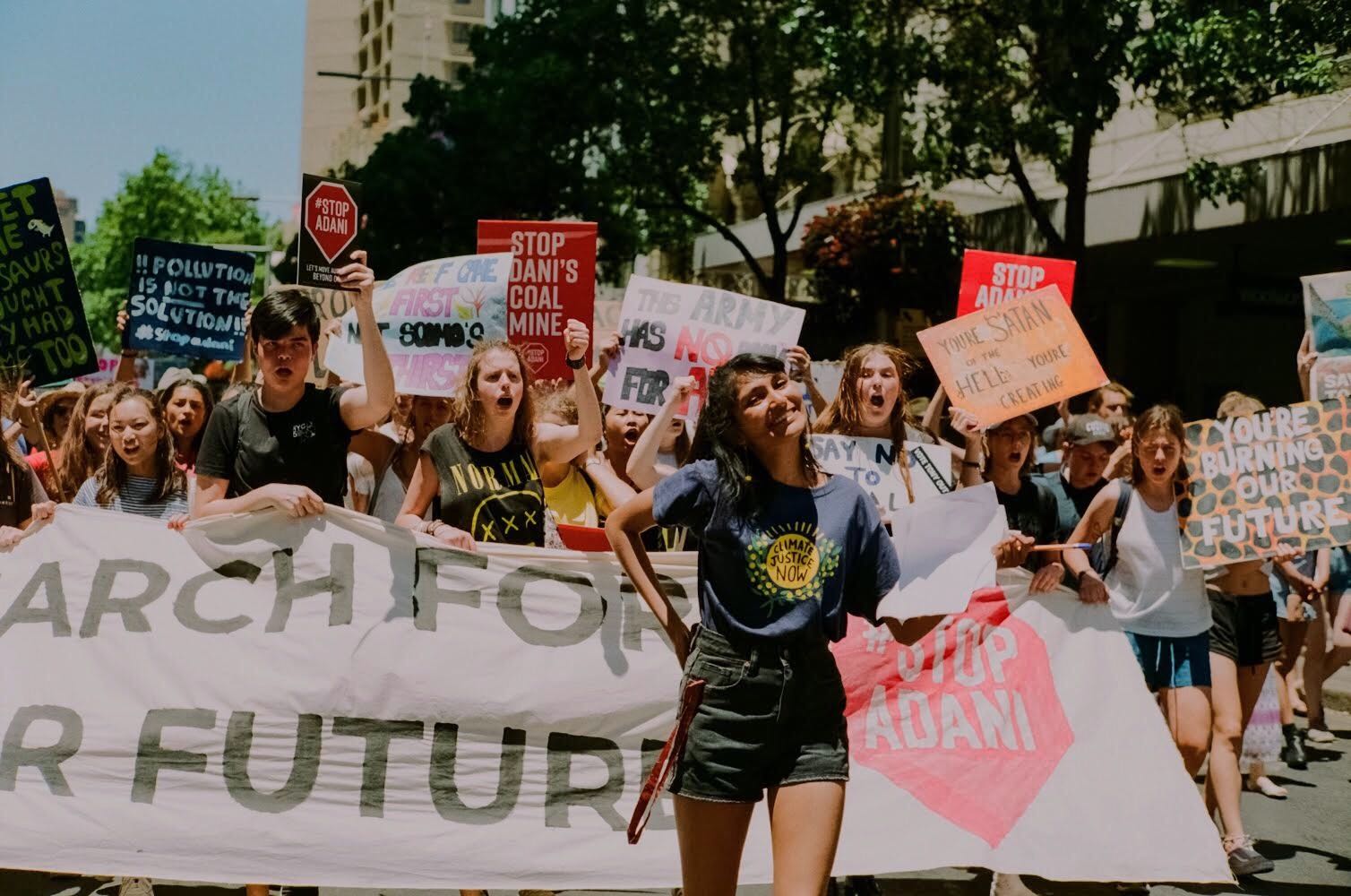 Future Super member-turned-staff-turned-member-again, Grace Vegesana, is leaving her role here to embark on a new and uncharted voyage. While we’d love her to stay forever, you know what they say: if you love someone you gotta let them go.

Grace leads a group of young people at the March for Our Future / Photo by: Simon Harris (2018)

Before she leaves, we sat down to chat where she’s come from, where she’s headed, and everything in between.

We meet Grace on the cusp of something new, the Botswana-born and Western Sydney-raised university student preparing to take on board a role that has never existed before now, before her.

Grace first dipped into climate action after finishing her HSC exams at the end of 2017. As is common in youth activist groups, there’s no time for dilly-dallying. You’re either in straight away or you’re in straight away. From her first meeting, Grace was an AYCC volunteer.

Through the AYCC’s partnership with Future Super, she heard about this little super fund taking on the very easy challenge of changing the world. The driving force for her to swap her super? She found out that her then-fund was investing in offshore detention centres — a discovery that left Grace reeling. She couldn’t reconcile who she was with where her money was. It was an easy decision.

This could be the start of something new…

Even from early on in her Future Super days she was an incredibly active member, from coming along to a workshop we held with Solar Buddy — a company that provides solar lighting to refugees and asylum seekers — to construct her very own solar light, to attending a Stop Adani workshop with one of the key organisers. As Grace began to carve out her own vibrant and passionate spot in the Future Super community, it seemed like a match made in heaven.

Also a rising star in the AYCC, Grace took on the role of NSW State Coordinator and was a core member of organising the NSW School Strikes 4 Climate. Amidst the excitement and the swells of people sweeping through Martin Place, she caught a glimpse of some of the Future Super staff attending the strike. With a glowing smile and a kind “Hello”, the rest, as they say, is history.

After meeting with Managing Director Kirstin Hunter, Grace was struck by how much Future Super feels like a campaign group — a collective of people united by their shared values; this isn’t just a job for our people, this is their hearts. The goals that we have aren’t just company goals, but societal ones: a vision of impact and real change that go beyond our existence as a company and implicate our existence as communities.

Grace joined the Future Super team part-time — somehow managing to fit the task of lighting up other members’ days between study, attending uni, and the super simple task of fighting for climate justice. (We are endlessly appreciative.) 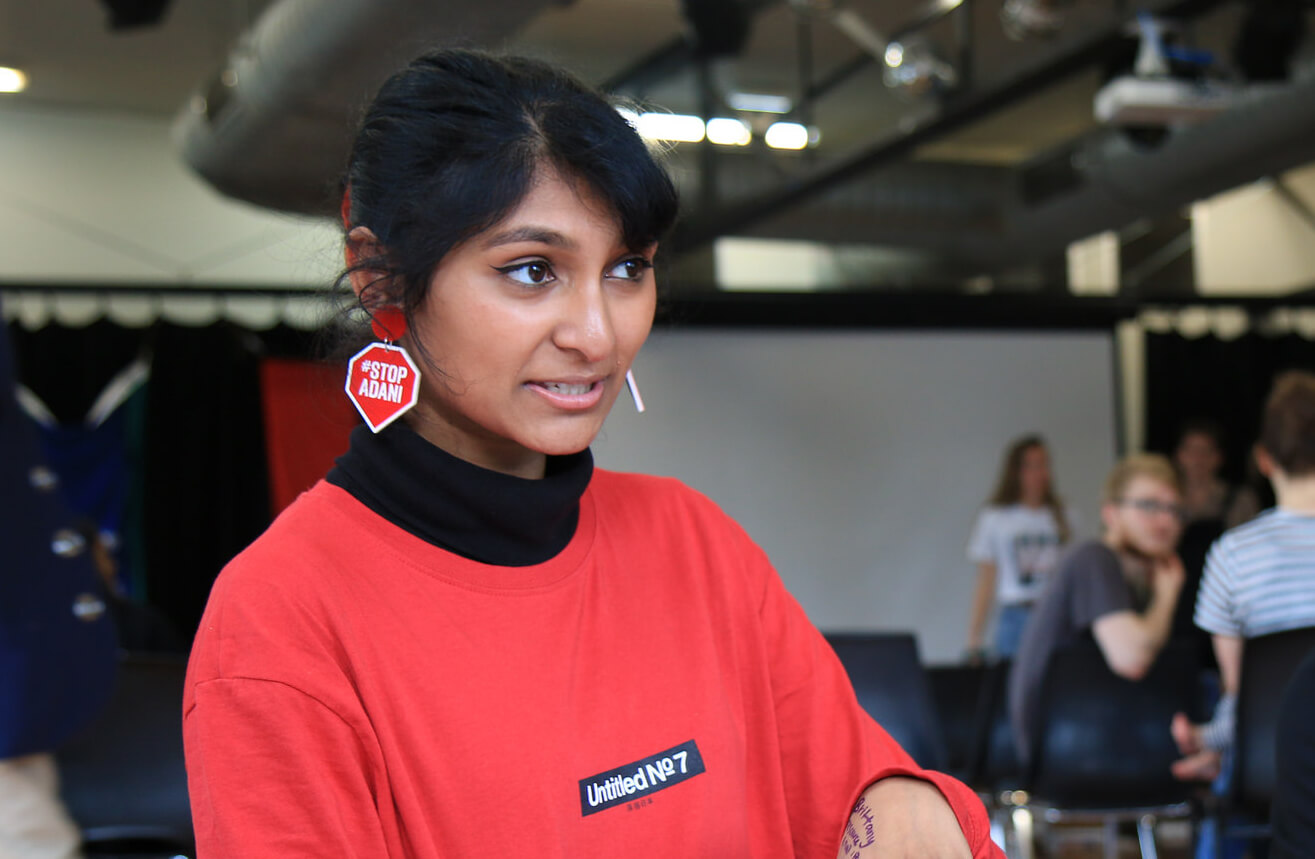 Grace talks at an organising day, wearing her #StopAdani earrings.

To Infinity and Beyond…

What called her to Future Super is also what is now calling her on, and it goes a little something like this:

Growing up as the daughter of migrant parents meant navigating the Australian system, a system established entirely within the structure of Whiteness. As she grew and learned and matured, Grace came to understand the ugly conglomerate that is climate change: capitalism, colonialism, misogyny, racism, and classism. Not only is climate change an issue, but it is most affecting those who are doing the least to cause it.

“Climate change…is most affecting those who are the least responsible for causing it.” 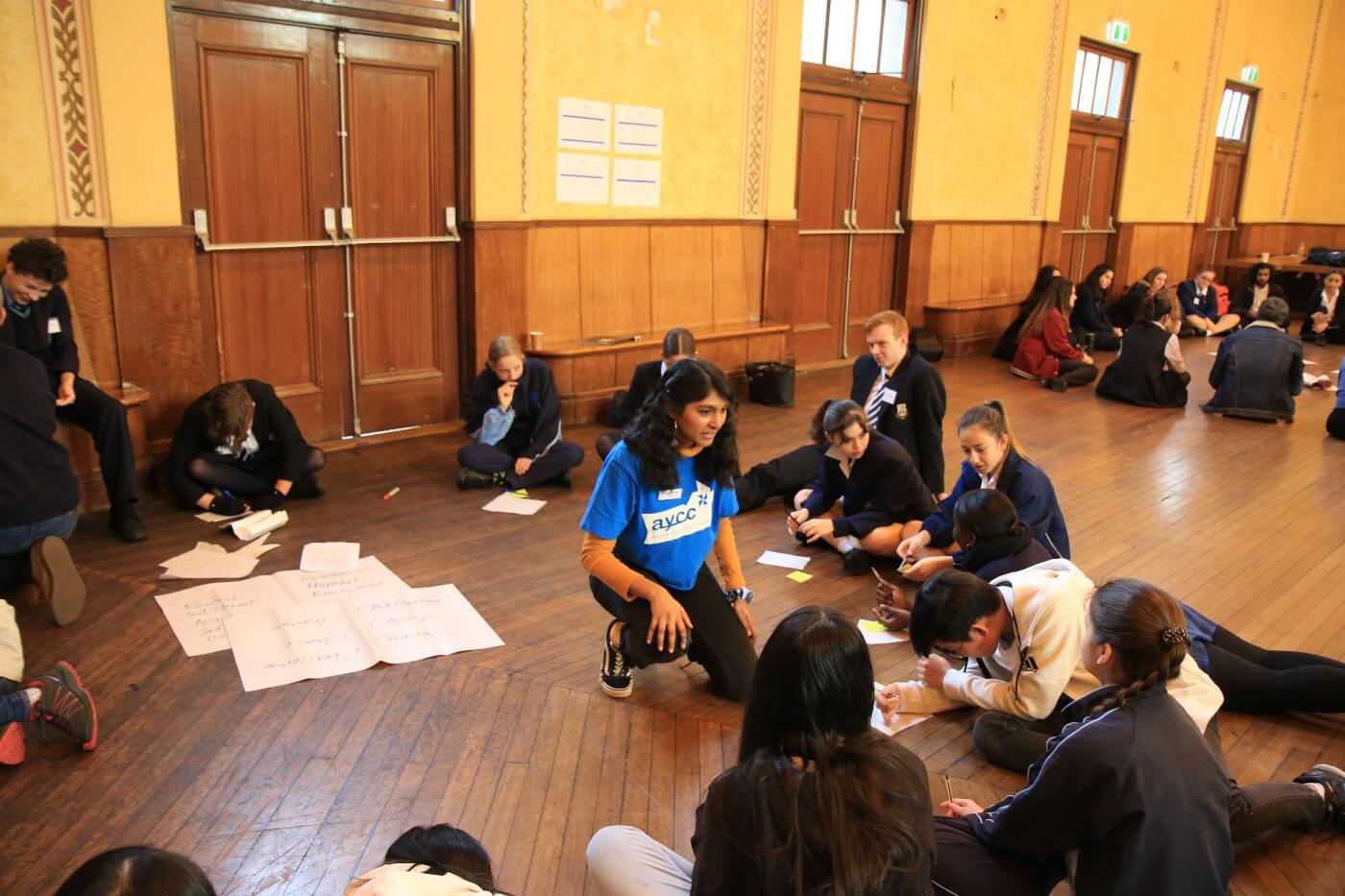 Grace facilitates a workshop with school children in a school hall.

The most culturally and linguistically diverse region in Australia; a region abundant in Indigenous, Black, Asian and brown communities, of migrant communities, of religiously-diverse communities — Western Sydney is going to be a vital location in the social, economic, and political transition from fossil-fuel reliance to a country powered by renewable energy, and Grace is there to make sure that no one gets left behind.

This transition has to be just: it has to be intersectional and inclusive and diverse. Australia has a bad history of not listening to — and not valuing — the voices of the most marginalised and vulnerable in its nation. It is these communities that are on the frontlines of climate change, and it is these communities that need to be listened to and represented in the climate action movement, so that they can also see themselves in the solution.